A Day in the Life of Independent Living in Sedalia

An Introduction to Bob Heitmeyer The Challenge: Some Were Ready, Some Were Not The Solution: Living Life Bob's Way The Outcome: Playing Pool and Driving Cars The Future: Staying in the Right Place

An Introduction to
Bob Heitmeyer

Bob Heitmeyer was a little nervous about moving to Cedarhurst two years ago. He knew he was ready for senior living, but it’s natural to feel nervous about a new place and making new friends.

An Introduction to Bob H.

Bob Heitmeyer was a little nervous about moving to Cedarhurst two years ago. He knew he was ready for senior living, but it’s natural to feel nervous about a new place and making new friends. His family was also a little apprehensive about Bob making such a big life decision to move into a senior living community.

Because he’s a recent widower, Bob’s family felt extra protective and worried that this wasn’t the right choice for him. It wasn’t long before everyone realized they shouldn’t have worried. Almost immediately, Bob was at home in his one-bedroom independent living apartment and looked forward to hanging out with his posse of guy friends.

This is just a preview of Bob’s whole story. Read on to see how this family man decided to make the next phase of his life a carefree adventure. Bob: Renaissance Man and Pillar of His Community

Long before Bob became an independent living resident at Cedarhurst, he was well known throughout his hometown of Sedalia, Missouri. He worked as a youth specialist at the University of Missouri extension office for 38 years, and he was also a real estate agent for 14 years.

In his spare time, Bob—who also has an agricultural background—was a seasonal crop inspector. For decades, Bob was a true renaissance man living in Sedalia, loving life with his wife and three kids.

“I worked in Sedalia my whole life,” Bob said. “When I moved into Cedarhurst, I already knew people from my old working days.”

As the years went by, Bob and his wife went from being parents to grandparents, enjoying their five grandchildren. Bob loved his family and his town, and he couldn’t have asked for anything more.

Download a PDF version of this story by filling out this form, or keep scrolling to read. 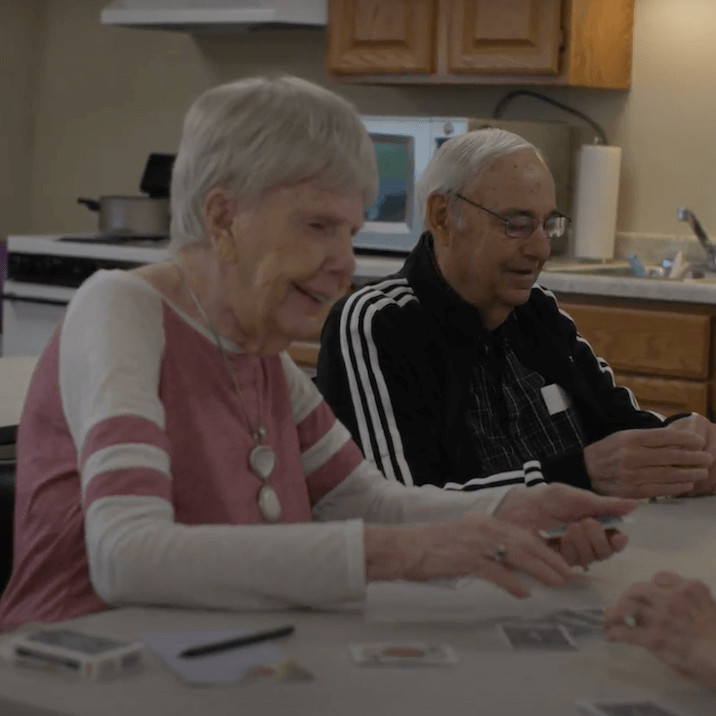 The Challenge:
Some Were Ready, Some Were Not

Everything in Bob’s world changed when he lost his beloved wife. After so many years together building an enviable life, the loss hit Bob and his entire family hard.

Bob Was Ready for Senior Living ... but His Kids Weren’t

Everything in Bob’s world changed when he lost his beloved wife. After so many years together building an enviable life, the loss hit Bob and his entire family hard.

Not long after his wife passed, Bob started having health issues and wasn’t confident about living on his own anymore. Bob could still maintain his independence, but he was ready to get rid of the stress of home maintenance, and he wanted to make sure that if he fell or had an accident, he’d be in a place where he could get immediate help. Plus, Bob wanted more time to just plain enjoy himself, so he contacted Cedarhurst of Sedalia.

Although the narrative in TV shows and sad movies will have you believe it’s always the children who want their parents to move to senior living—and the parents objecting all the way—with Bob’s family, it was the opposite. His children were worried that he was making a rash, sudden decision, and they had additional concerns about senior living in general. 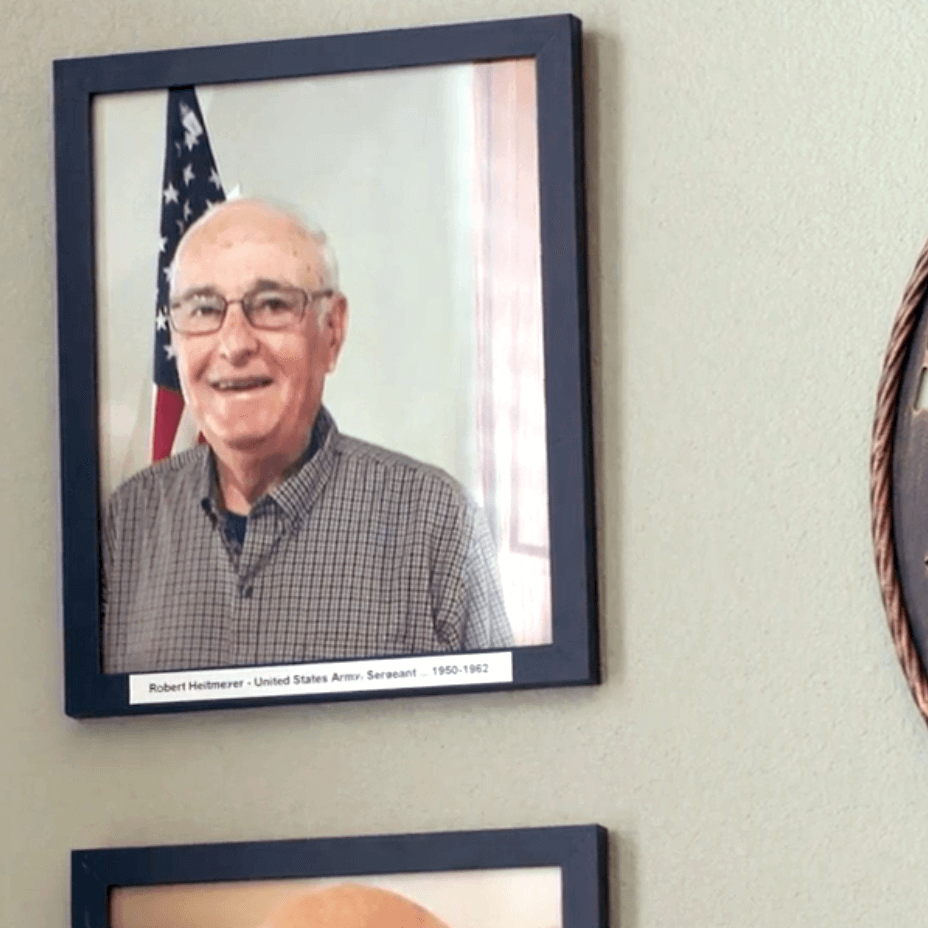 “They were worried about bad care and high costs,” Bob said. “But all they had to do was visit. Once they saw the place and realized the care was excellent and cost really was affordable, they were fine. They are so happy I’m at a place where they’ll help me if I need it, but also that I’m somewhere I enjoy and still get to do things I enjoy.”

A Typical Day in Independent Living

Bob, and so many seniors like him, have paid their dues in life. Independent living offers seniors like Bob a chance to enjoy life without the stresses of taking care of a household.

At Cedarhurst, Bob now enjoys being able to choose what he wants to do and when he wants to do it—and he prefers to have his days scheduled. He loves living somewhere with a daily routine he can count on. This built-in structure made him feel comfortable and at home.

Bob wakes up at 7 a.m. every day and is sitting for breakfast by 7:30. After chatting and catching up, Bob always has breakfast with his gang of friends, and he never misses taking part in the 10 a.m. exercise class. “I really enjoy the exercise program,” Bob noted. “It’s just a lot of good fun.”

The rest of the day is full of whatever Bob wants or needs to do. Cedarhurst takes care of his meals and even some of his snacks. 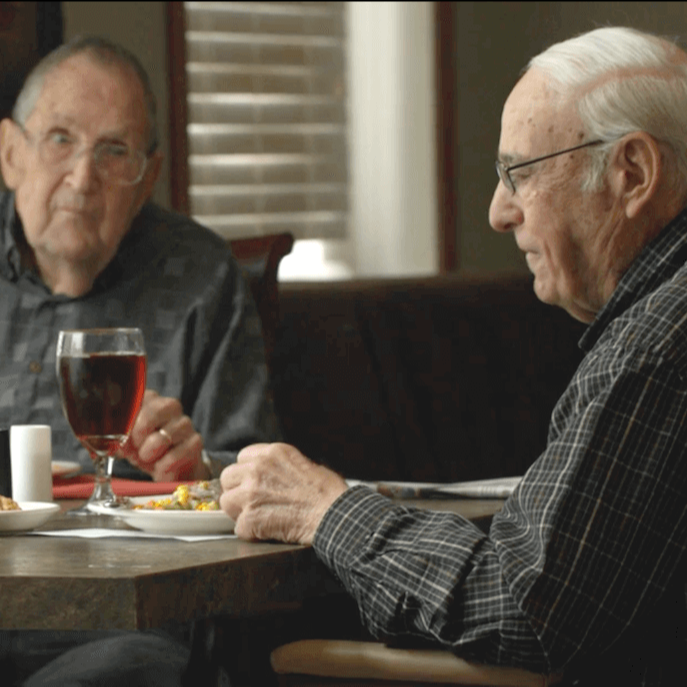 Although Bob was initially nervous about a new social scene with new people, it wasn’t long before he had his own guy posse. He and three of the other residents like to have their meals and activities together, especially playing pool. If you see one of them, you’re likely to see all four of them—they’re a popular group at Cedarhurst.

But Bob and his bros don’t just hang out. They also look after each other.

“If one of us doesn’t come down for an activity or for a meal, we go knocking on their door,” Bob said. “We know where each other should be, so if we don’t show up, we make sure we’re all okay.”

Bob and his boys like to play pool and cards together, but there’s another activity that Bob enjoys the most: driving.

Sure, Cedarhurst will provide Bob with transportation wherever he needs to go—and he’s glad to have that option, However, Bob still has his car and likes to drive. When he has to go to a doctor or another appointment, Bob fires up the engine and hits the road.

Things to Look Forward To

While Bob and his friends make sure they enjoy every activity they can, he admits that the women in his community are even more active. “The ladies are always doing something,” he said. “They do more activities than we men do, and they really look after each other, too.”

Today, Bob is so happy he made the decision to move into an independent living senior community. He gets to be as active as he chooses, sees his family frequently, and is truly enjoying this phase of his life. 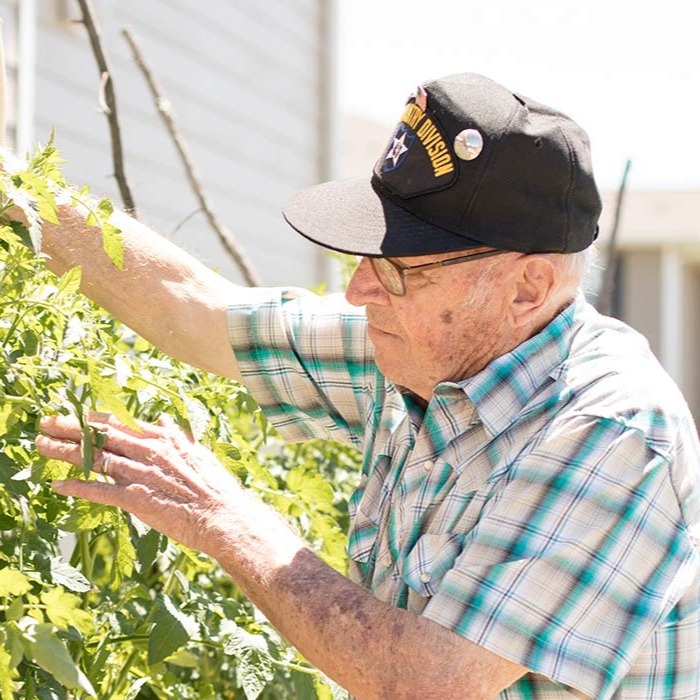 The Future:
Staying in the Right Place

For Bob, it was important to ensure that, as he ages, he’s in the right place. He knows how detrimental a fall can be for someone his age—and he wants to make sure if it happens to him, he’s where the care is.

Staying in the Right Place

For Bob, it was important to ensure that, as he ages, he’s in the right place. He knows how detrimental a fall can be for someone his age—and he wants to make sure if it happens to him, he’s where the care is.

“I don’t have to worry about falling and nobody being here,” Bob said. “And I get to enjoy every day. The activities are just great, and when the weather cooperates, it’s just beautiful to walk around outside.”

Like Bob, you can still do all of the things you love, like driving to your own appointments and doing fun activities with your friends. See what the Cedarhurst community near you has to offer—schedule an in-person or virtual tour.